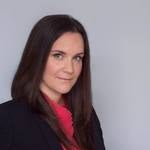 I have dedicated my career to defending the rights of the criminally accused. I've  handled thousands of cases, appearing in every courthouse in the State of Rhode Island. I have been nationally trained with The Institute for Criminal Defense Advocacy, The National Association of Criminal Defense Attorneys, The National Criminal Defense College Trial Practice Institute and The Defender Advocacy Institute. I also have extensive experience with expert witnesses and the presentation (or exclusion) of scientific evidence at trial.

​I received my LL.M in Trial Advocacy Specializing in Federal Criminal Law from the California Western School of Law. I have a "Superb" Avvo Rating of 10.0, and am a member of the Rhode Island Bar Association and the Executive Board of the Rhode Island Association of Criminal Defense Lawyers. I was  named a “Top Attorney” by the Who's Who directory and was nationally ranked by the SuperLawyers organization.

I have committed my entire adult life to defending good people facing bad situations.  I have never prosecuted another person or advocated to put someone in prison... and never will. Why? Because when a criminal charge is filed, it feels like nobody listens to the person who was accused and that is unfair.  Sometimes they are innocent, sometimes they deserve a second chance, and sometimes the police or the prosecutors did not play by the rules.  There are problems in the criminal justice system and I am proud to stand next to the good people who are trying to make things better.  My clients deserve respect.  They deserve to have their voices heard.  I am honored to help people put the pieces back together after a serious accusation, and to face the charges with dignity and launch an aggressive and thorough defense. Our relationship isn't done when the case is dismissed or the jury says "not guilty." I tell all of my clients to save my phone number and reach out if they need anything.  It doesn't matter how much time has gone by, I am always available to help my clients... because I want to see people get their lives back after the devastation of a criminal case.

Thank you for contacting us. We will get back to you shortly.

Please complete all required fields below.

Kara Hoopis Manosh, Attorney and Counselor at Law is committed to answering your questions about Criminal Defense, Appeals, and Post-Conviction Relief issues in Rhode Island.

I offer a free case strategy session and I'll gladly discuss your case with you at your convenience. Contact me today to schedule an appointment.